Only For Fairytale Believers…

CANSU ODEMIS is a London-based fashion designer and creative director who launched her eponymous brand, after graduating from MA Fashion Design at theworld’s one of the most renowned fashion schools, Istituto Marangoni –London.

Her style is characterized by highly-detailed, dazzling embroideries, colourful embellishments, and playful print designs with full of hidden messages. Cansu Odemis’s artistic background is clearly showing itself in the process of her magical designs. All the embellishments, embroideries, and print designs in her collections are Cansu’s own hand-drawn illustrations and this is what makes the London-based designer’s collections extremely unique and so highly desirable.

She combines luxury with playfulness and always uses her art and designs to bring attention to serious issues. She interprets real-life problems in society and turns them into a fantasy. All her designs have a different story and her narrative approach makes her designs extremely profound.

She always analyzes the world’s problems in a playful and fairytalish manner by her fantastic and dreamy collections. “I am telling sad stories but always in a fun way and I think, reflecting the reality in a fantastic way is completely my style. I want people to think while they are enjoying my designs.” she says.

Her designs are quite eccentric, avant-garde, playful, quirky and obviously come straight out of fairytales. She believes that fashion is the way to express herself, her thoughts, her own reality, and especially it is the way for her to make the world a better place to live. She describes her fashion with these statements: “My fashion is my playground. I am not a superhero and unfortunately, I cannot save the whole world but I believe that I am a fairy in the fashion world. A fairy who has a magic wand and with this magic wand I can turn all the sad reality into a fantasy. I can help people to get away from today’s chaotic world with my fashion. At the end of the day after I spent countless hours on my designs when I see people are smiling and enjoying my designs, I feel like all the world is turning into a Wonderland. This is worth spending your all life for fashion… “

She does not need any words to communicate, her fashion is the most effective communication tool to connect with the whole world. Her collections have been featured in many major fashion and lifestyle publications and her highly artistic designs have always managed to surprise people, put a smile on their faces, make them bold and brave. Her every collection is opening another colourful door to the fashion world with magical designs. As she always says, “Only For Fairytale Believers…” 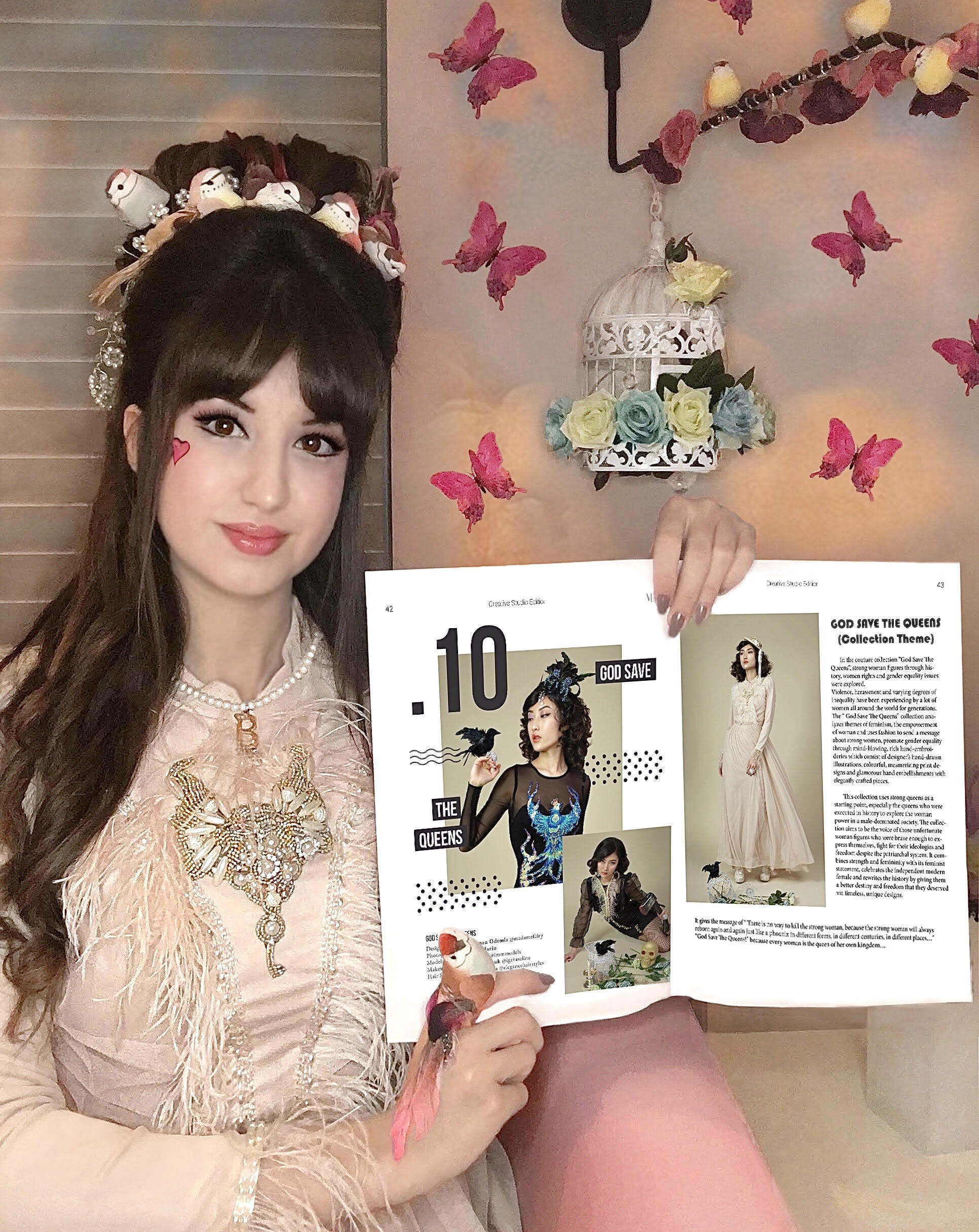